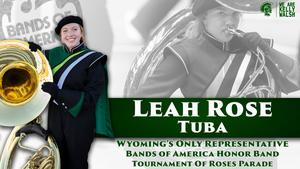 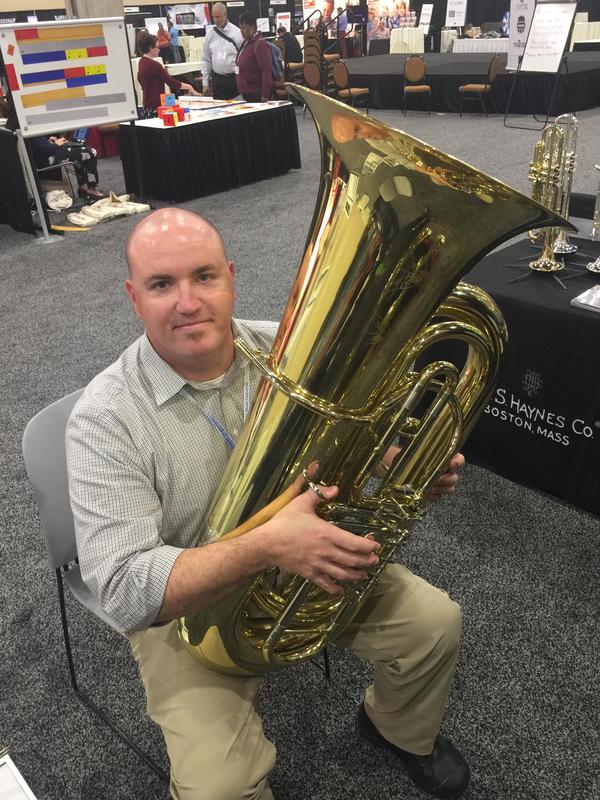 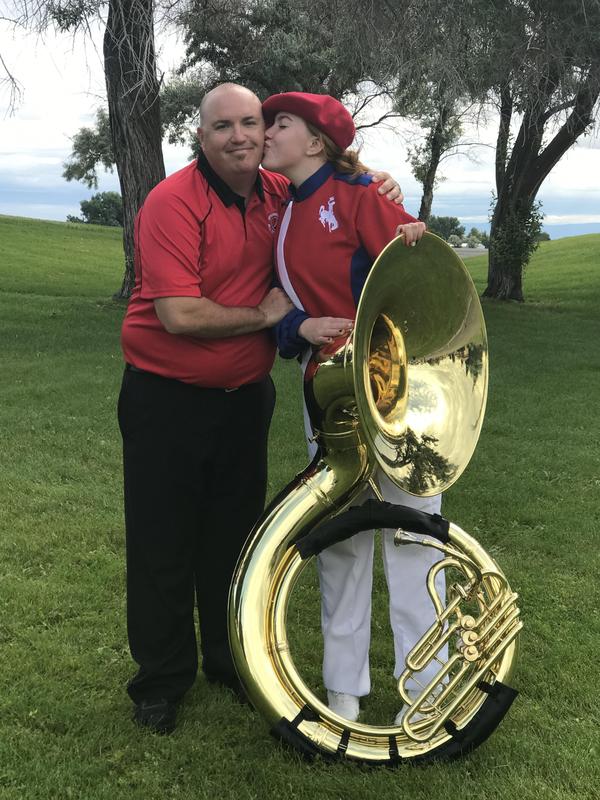 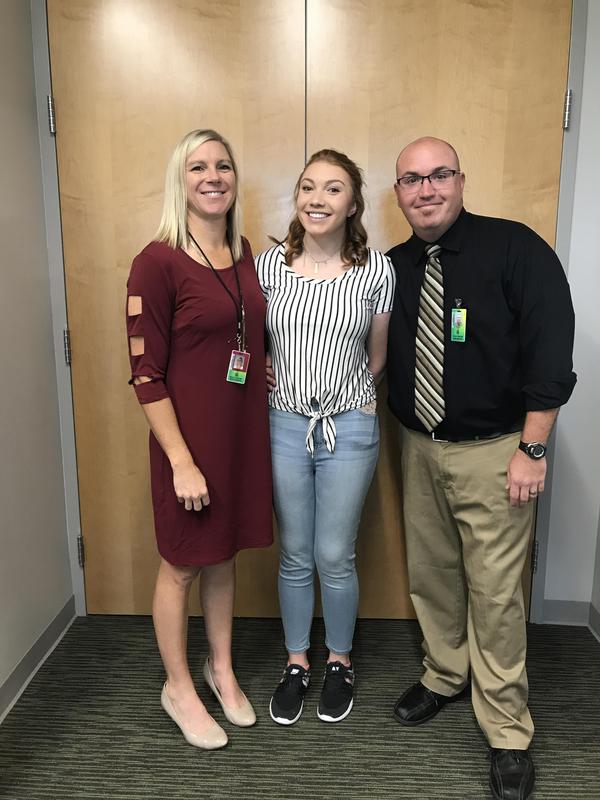 For Kelly Walsh High School student Leah Rose, the summer of 2021 is coming up roses. Leah was selected by Music for All to perform as a member of the prestigious Bands of America Honor Band in the 2022 Rose Parade ®

For Kelly Walsh High School student Leah Rose, the summer of 2021 is coming up roses. Selected by Music for All to perform as a member of the prestigious Bands of America Honor Band in the 2022 Rose Parade ®, Leah was thrilled to represent Wyoming and her fellow musicians. “When I found out, I was really excited. It will be the first time since my freshman year that I will get to travel and do something this exciting and fun! It’s amazing. I feel like the KWHS Band has a pretty good reputation around the community and state. We are known for our positivity, energy, and excitement. It’s a lot of fun to be able to be part of and represent this team.”


Among hundreds of applicants across the nation, Leah’s selection is a testament to her exceptional musical abilities and her success as a positive contributor to her school and community. Musical talent abounds; Leah plays the tuba, her instrument of choice in the parade, and the trombone, electric bass, piano, ukulele, and guitar. Leah has also shared her vocal talents in choir and theatre throughout the years and has delighted audiences with her performances in the renowned KWHS Rodstock Festival, even performing a duet with her dad, KWHS Band Director Brent Rose...but more on that later.


Leah will spend a week in California rehearsing and participating in specialized performances with fellow musicians from around the country as part of the 300-piece Bands of America Honor Band. The opportunity to create with fellow talented musicians is a memory she is most looking forward to making, “I am looking forward to meeting new people. Through State Marching Band, I’ve met a lot of different people, and they are some of my best friends still to this day. I enjoy learning different perspectives and building friendships through music and band.”


Not a stranger to musical performances, Leah has been a member of the award-winning state-marching band since her freshman year at KWHS, having the opportunity to march in parades across the state as well as the opportunity to perform in the Philadelphia Thanksgiving Parade. Known for her kindness and gracious demeanor, Leah reflected back on some of her favorite memories, not necessarily being the stage, the lights, and the applause, but instead the camaraderie and moments of simplicity between her friends, her fellow talented musicians. “Some of my favorite memories are the times where we are at a basketball game or football game when it’s late, and we are tired. We spend so much time together, we feel connected. It’s in the fringes, the before and after of things, that’s where you really make your best memories, for sure.”


A junior at KWHS, Leah is sure to have many more moments of exceptional excellence as a student and musician throughout her time at NCSD. Yet, when asked what her plans are for the future, it is of a surprise to no one that she is quick to mention her family and the significant importance they’ve held in her life, “I am considering being a music teacher. I feel called to and inspired to because I’ve seen the impact they’ve made on other people, and I want to be able to do the same thing.” Leah is the daughter of Brent Rose, KWHS Music Educator, and Amy Rose, CYMS Principal, and also a proud sister with two younger siblings sharing equally in her musical talents. The line of musical success doesn’t stop there, as Leah’s Grandma and Grandpa Rose were music educators for over 30 years in Lusk, Wyoming and her uncle, Chad Rose, is also famously known for his musical talents and positive student impact as a band director in Sheridan.


Leah shared that her inspiration to be a musician started as a young child. With memories of being in the audience at concerts and performances that ignited her love for music, “When I was little, I would be sitting in the auditorium, watching all the other kids perform, knowing that someday it would be me up there. I remember watching my family perform, succeed, and also inspire other kids; it inspired me.” With focused determination, Leah practiced hard to become the talented young musician she is today. While she is quick to remind others it’s not always easy sailing, as any great (future) teacher would, she offers words of support and positivity for younger musicians, “Never give up. Sounds cliche, I know. There have been times where I have wanted to throw my instrument across the room. But don’t give up. Those are the moments where you get better and where you excel. Just keep going.”


Speaking of that inspiration, Mr. Brent Rose, KWHS Band Director, has been selected by Saluting America’s Band Directors as a Wyoming representative to join band directors from across the country in performing in the 2022 Rose Parade ®. A tremendous honor and accomplishment, Mr. Rose will have the opportunity to network and perform with over 300 other dedicated music educators as part of the “marching band of band directors.”


Mr. Rose is well-known around the state and community for his meaningful and terrific contributions to the world of music and for providing exceptional and inspirational educational opportunities to his students. His selection for this esteemed opportunity comes as no surprise to those who have had the chance to learn from, teach amongst, or march alongside him. With many years spent in the spotlight, Mr. Rose is excited and honored to be part of this unique experience with Leah. In fact, as any proud parent would be, Mr. Rose hesitated to share in the celebration of his selection, instead more focused on the excitement and honor of his daughter’s success.


Throughout his teaching career, Brent has had many wonderful experiences and memories. Yet, one sticks out in his mind as unique but perhaps telling of the family’s successes and memories to come. “I remember one time, my wife Amy was head coach of a volleyball team in Buffalo, where I was also the band director. The band was playing during a volleyball game. Amy is out on the court coaching. Leah, who was 3 or 4 years old at the time, is standing next to me. I held my baby with my left hand while my middle child, Ryan, was on my back in a carrier. Meanwhile, I was playing trumpet alongside the band with my right hand.” What to some may have seemed like an astonishing feat of fatherhood, to Mr. Rose was just another day making music and memories with his family.


Deservingly so, you can’t really mention the name “Rose” amongst the music education community in Wyoming and not have people jump in to share their many fond memories with a “Teacher” Rose of their own.


In fact, as I write this, I could mention a handful of my own classroom memories with Mr. Chad Rose (uncle to Leah and brother to Mr. Brent Rose) as he was a former choir director at Wind River High School, where I attended. His calm demeanor and energetic teaching style have inspired hundreds of students to pursue their love of music and reach high academic success. Often, his classroom serves as a safe haven, even for those without future musical aspirations. Mr. Chad Rose works to inspire and support his students towards reaching their full potential and future goals.


Currently, a music educator in Sheridan, Mr. Chad Rose, will march alongside his brother, joining band directors from across the country, as part of Saluting America’s Band Directors performing in the 2022 Rose Parade ®.


Congratulations, Leah Rose, Mr. Brent Rose, and Mr. Chad Rose, on being selected for this esteemed opportunity. As your family has done for over 30 years, we know you’ll continue to represent Wyoming with continued pride, talent, and excellence.


As I said, a parade of Roses.